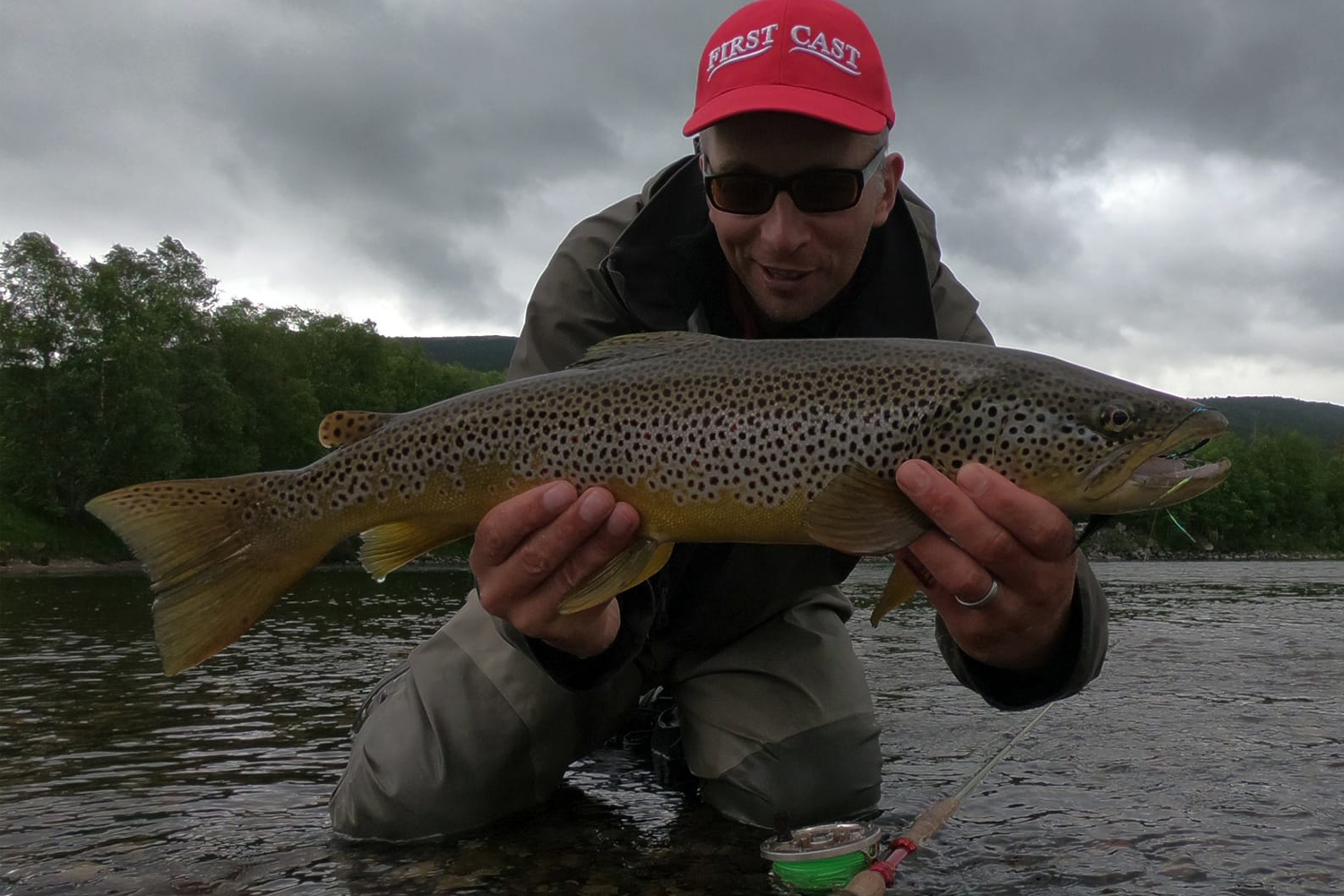 Bernd Ziesche with his 65 cm trout from Glomma at Kvennan Fly Fishing.

Tore L. Rydgren visited Sølndalen, where he encountered a lot of mosquitoes, some trout, and a lovely sunset.

Even great anglers get small fish at times. 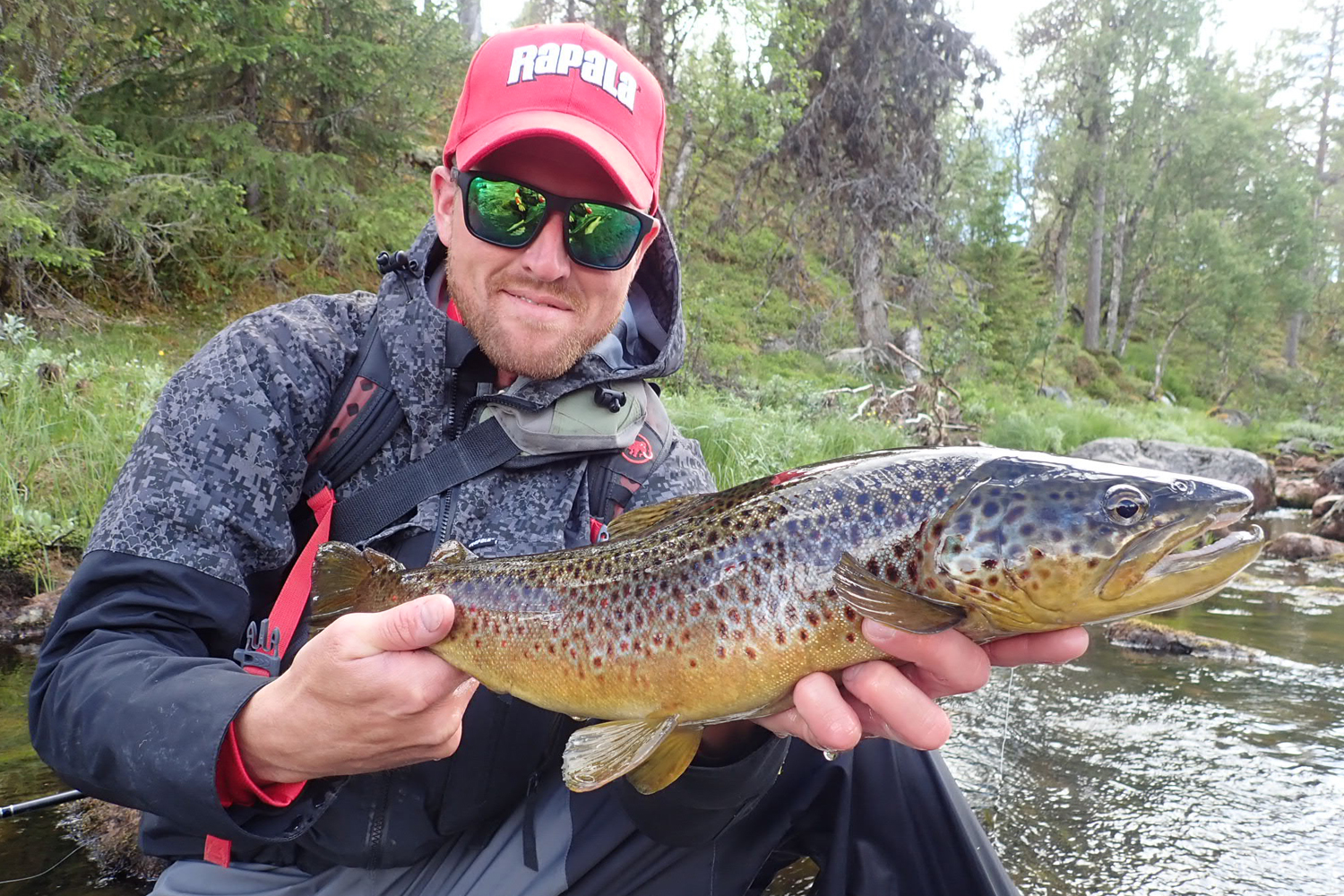 Grimsa Fly Fishing zone  performed well this Sunday. 9 trout and graylings, all between 8 hg and 1.2 kg on a short trip. The river is at very low water level at the moment and the water temperature has declined considerably lately, to about 8-10 degrees. Most exciting was nevertheless a trout, estimated well over 2 kg, drifting backwards with the current, passing at about 3 meters distance. In it`s jaws, having a hard time to swallov, it had another trout, approxomatly 4 hg. However it still managed to get it down whole, and it will probably be a while before the fish gets hungry again. 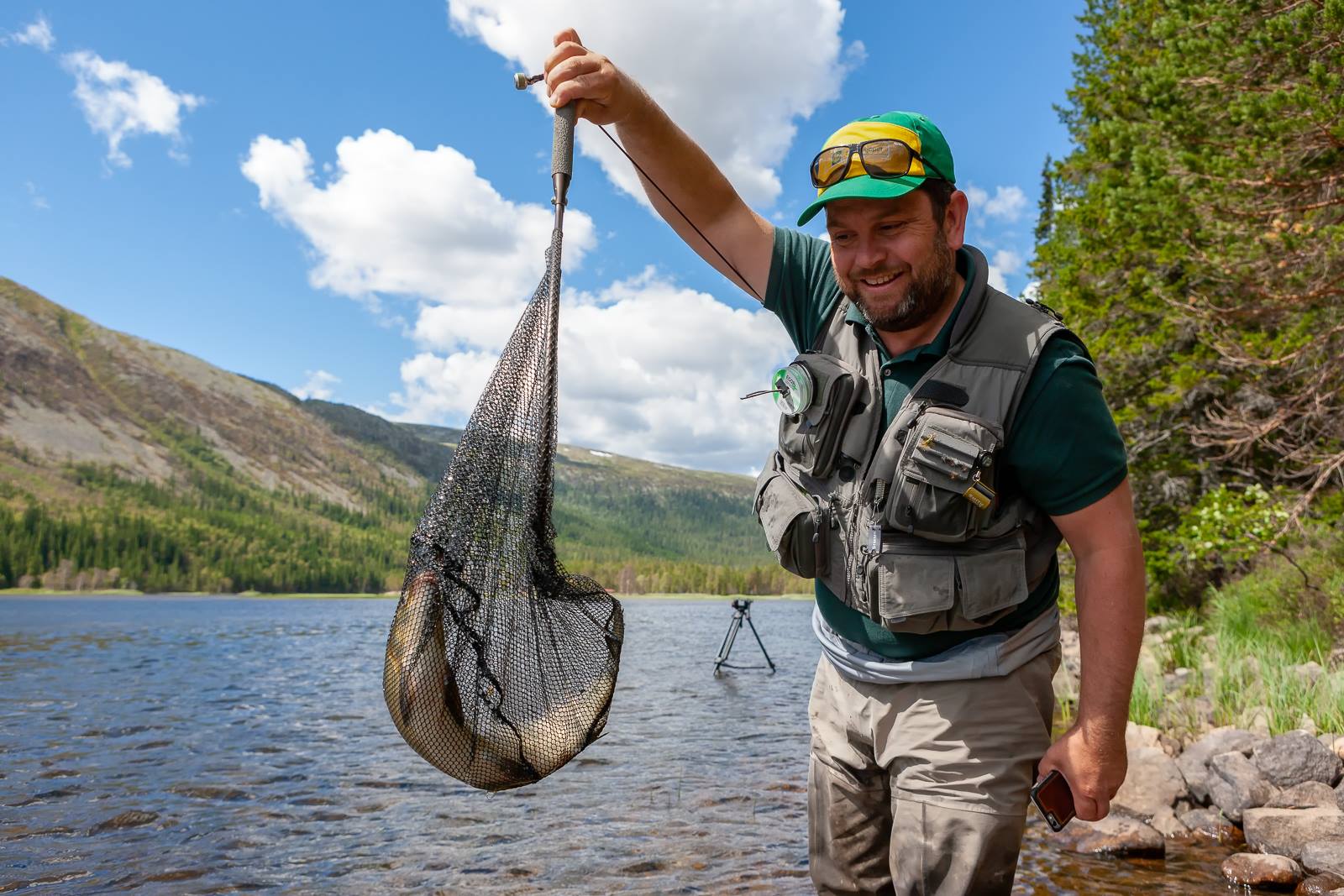 “The Ephemera Danica has hatched for a week in Trysil, but in northern parts of the municipality, the first observations  was done Sunday, June 10th. The past week has given extremely good Danica hatches. Therefore it seemed as if the fish had gone a little tired of the big mayfly. This weekend the Danica hatches where more moderate, and mostly smaller fish was feeding on them. In Trysil, rivers are still quite warm, which mighet be one of the reasons why Danica hatches started a couple weeks early this year. Heavy rainfall on Sunday contributes well to both water flow and a slightly lower temperature in the rivers. The weekend gave a good amount of fish – both trout, grayling and whitefish – The largest of 1,6 kilos. Average weight around 0,5 kg, and biggest trout about 0,8 kg”. 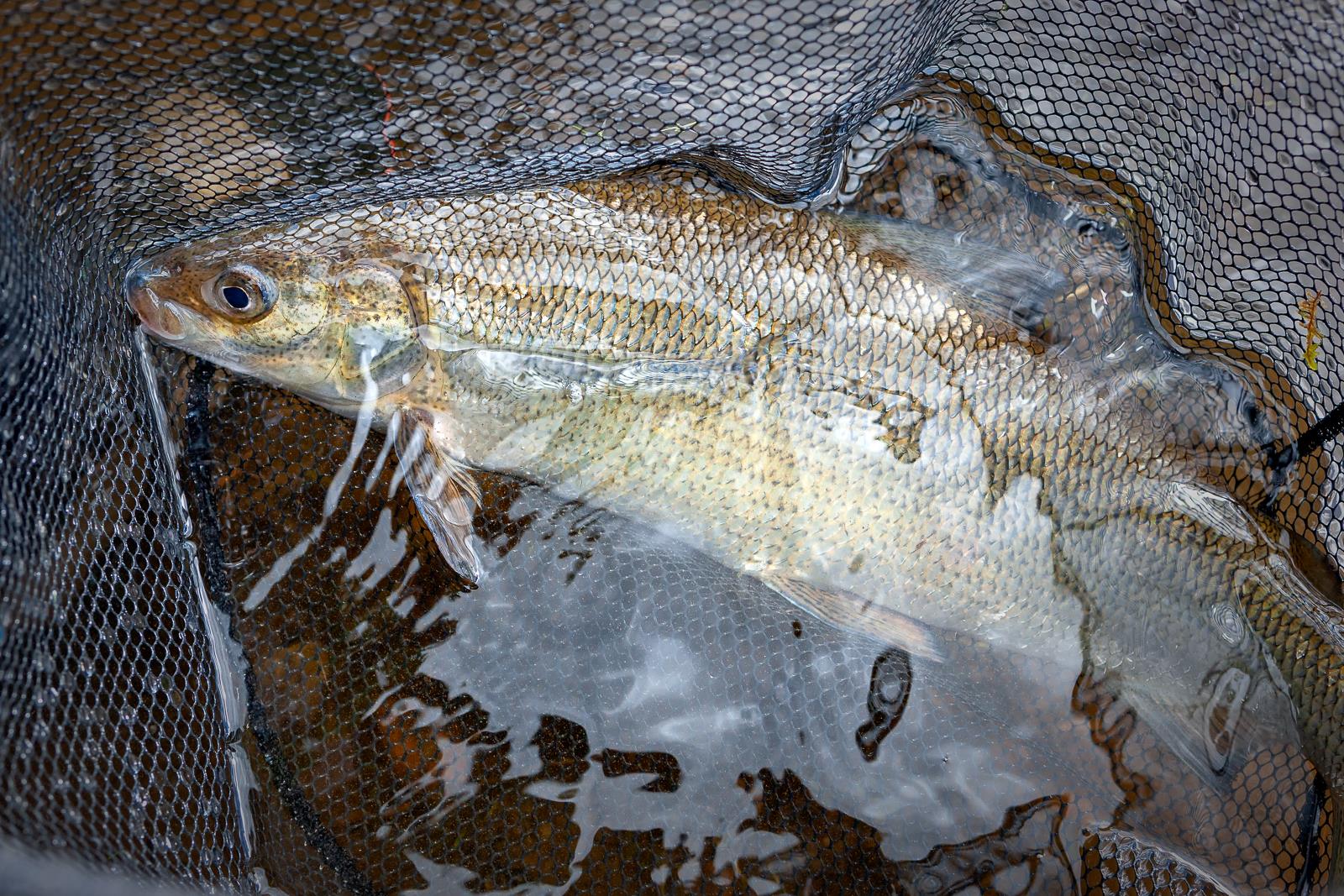