The River Mistra is renowned for it’s excellent fishing for large lake run trout in a widely varied river, which is ideal for most types of angling. Here you will find everything from slower runs, to deep pools, to wild rapids, and there are many well known fishing holes spread throughout the length of the river.

The River Mistra is renowned for it’s excellent fishing for large lake run trout in a widely varied river, which is ideal for most types of angling. Here you will find everything from slower runs, to deep pools, to wild rapids, and there are many well known fishing holes spread throughout the length of the river. Anglers from far and wide have long made the journey to the Mistra to try their luck at catching one of the famed Mistra Trout. Many have caught the fish of a lifetime here. This river is also known as Fridtjof Nansen’s favorite river for trout fishing.

The headwaters of the Mistra run from the majestic Sølenfjellene range, in Misterfløyet’s wide valleys and open mountain landscape. From the slow flowing upper section of the river to the wild rapids that begin to dominate as the river drops into a deep canyon, the Mistra is a truly majestic and varied river. The Mistra runs through Hedmarks deepest river canyon, called Mistraegga, as it makes it’s way towards its’ confluence with Åkrestrømmen and Lake Storsjøen.

Mistra is well known for its’ run of large lake run brown trout from Storsjøen. Trout are the dominant species in the river, but in the lower stretches you will also find grayling, whitefish, and pike. The largest recorded trout caught in the Mistra weighed in at 9.8 kg caught in 1935, and there are large trout caught here every year. The fishing here can vary widely dependent on the water levels and time of the year. The Mistra rises quickly after a rainstorm, and is known for it’s big fluctuations in water levels.

The Mistra River Association administers the fishing from the Bridge at Åkrestrømmen up to the old dam downstream from Lake Søre Mistsjøen, a stretch of roughly 30 km. Portions of the river are relatively easily accessible but in the Mistraegga section, the deepest portion of the canyon, access is extremely difficult. Here you will find nature at it’s wildest. The constant humidity rising from the swift rapids give life to a unique flora, and the entire watershed is relatively untouched in terms of human development.

As part of the management of the watersheds fish population, we ask that you fish responsibly and that large trout be released unharmed. Large trout help to maintain the population of illegally planted smelts, and large trout are vulnerable to overharvesting. Large trout play a vital role in the ecosystem.

You may choose to either purchase a fishing license for the mistra, or to purchase a common license for the majority of the Ytre Rendalen area. With purchase of the common license you may also fish in Lake Storsjøen, the river Mistra up to the old dam, and areas managed by Ytre Rendal JFF, Andrå and Sjøle. With purchase of the common license, which covers a larger area, it is the responsibility of the angler to familiarize themselves with the rules and regulations in the area they plan to fish.

Regulations for Mistra: (Excerpt from fishing regulations. Read the complete regulations before fishing) 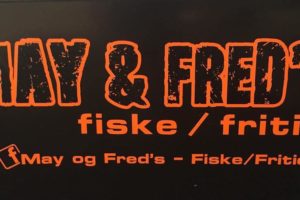