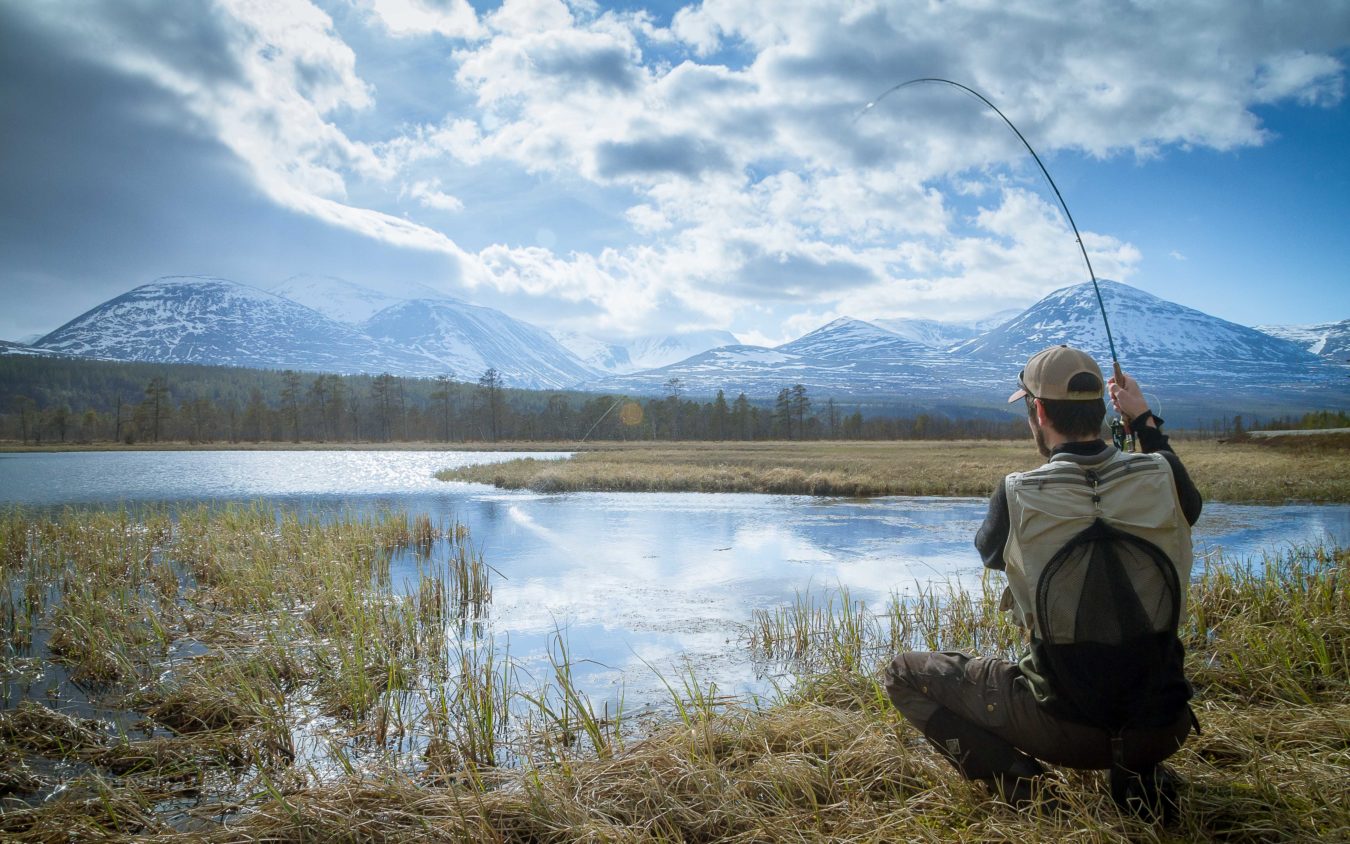 Fishspot’s Web Editor, Bjørnar Hansen, is an artist in both catching fish and capturing landscape motifs. While he previously preferred the fly rod, the camera has become the one thing he can’t leave at home.

Bjørnar Hansen spends a lot of time along the river bank. Here he shares some of his experiences as a hobby photographer.

Fishspot’s Web Editor, Bjørnar Hansen, is an artist in both catching fish and capturing landscape motifs. While he previously preferred the fly rod, the camera has become the one thing he can’t leave at home.

-In the hunt for a good photo, you first need to decide on the location. You fill up your bag with everything you need in order to tackle anything that might arise. It’s a lot like fishing, explains Hansen.

He describes himself as a hobby photographer, who takes things as they come. When you are going to create a good lanscape photo it is crucial to decide on the spot before you go out.

-You need to plan well in relation to lighting, and be ready to go at a moments notice. Photos on a bright day often create too many contrasts, and create an entirely different feel. The best natural light can typically be found during the evening and morning hours. I use a tripod, and set the ISO to the lowest setting. If I am photographing a lake I’ll use a polarized filter. The objective can vary, but I typically use a 24-70 mm or 14 mm lens. If I want to bring in the background a bit more I’ll use a 70-200 mm lens.

The light source is crutial

Hansen uses a full format camera, Canon 5D Mark III, and has a 7D as a backup. Even though he enjoys himself most behind the lens, he does take fish photos when he fishes alone.

-Then you can use an action camera, like a GoPro or something similar. Occasionally a cell phone will work, but they have their limits. Phone photos aren’t the best quality for being blown up for hanging on the wall. The better resolution you have, the better the photo.

Hansen strives to create photos with a bit of dimension, and considers the classic rules, where the motif should be placed correctly (rule of thirds), and plans out what/who should be in focus.

-Photos from a low angle tend to give more dimension to the photo. When you move around, it can take some time to position the object. Many times you have to think through which angle you should take the photo from, and be at the right place when the moment happens! For example, fish splashing can be out of focus, as long as the angler is in focus, or vice versa.

–What are your best tips for an amateur photographer?

-Always think about where your light source is coming from. In the middle of a bright day, you should try to have the light at your back. Avoid photos with your own shadow. And when you can use a flash to show the subject better. Try to create movement with the photo: If you have a river running through the photo you can slow down the frame rate to create a feeling of “speed”. The river can be used as a line leading into the object of a landscape photo.

When he is “advertising” for new fishing destinations in Fishspot, the landowners typically have varying priorities, and often are in need of professional photography. Hansen believes it is more important to showcase nature, and the opportunities to be found all around. Fish photos are a bit “used up”, and require the photographer to take other factors into account.

-With catch and release, the fish shouldn’t be lifted out of the water excessively. With our marketing efforts with Fishspot, we avoid using photos of dead fish, because dead fish decrease sales considerably. However, it is important to show how things really are.

Photos that are edited to hide the fishing spot are also not used on our website.

–What is your dream photo?

-To catch a big jumping fish totally in focus, right in front of the angler. Or to catch the moment the fish opens it’s mouth to inhale a fly. This requires spending time to understand the place, and that is not always so easy. But if it was always easy it wouldn’t be as fun!