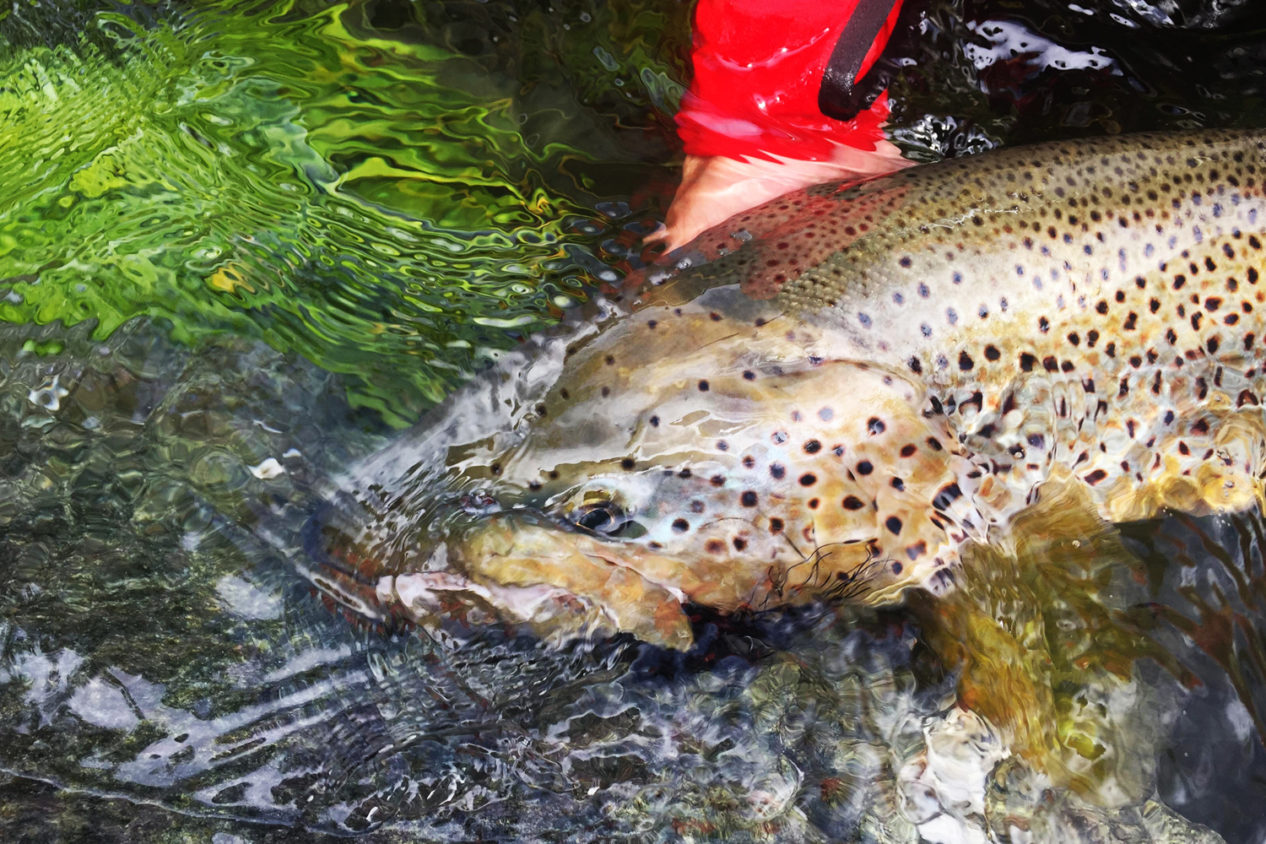 The unique strain of trout found in the River Tokkeåi and Lake Bandak is over 10,000 years old. The trout here are known for their short stocky shape and massive strength.

The unique strain of trout found in the River Tokkeåi and Lake Bandak is over 10,000 years old. The trout here are known for their short stocky shape and massive strength, which was advantageous in swimming up the two long river canyons above the the confluence at “Hells Hole” prior to hydro electric production.

Located at the upper end of the Skienselva watershed, Tokkeåi runs into a series of several deep glacially carved lakes, typical of Norway and Scotland. Mature trout here can weigh in at over 15 kg, and are typically between 15-25 years old. Known as Ferox trout, they are essentially a strain of slow growing brown trout endemic to deep, cold water lakes, which are known for reaching a massive size.

Located in western Telemark County, Tokkeåi is the culmination of the watershed from a large portion of Hardangervidda as it runs into the western end of Lake Bandak. The scenery here is absolutely stunning, with the river lying at the bottom of a 1000m deep glacial valley carved out through millennia. The terrain flattens out slowly towards the end of Lake Bandak as the water continues downstream through a series of several large lakes and ends its journey in Skagerak.

During the last ice age, the weight of glacial ice literally weighed down the land, and Bandak was once at sea level. As the ice melted the land lifted, and what were once sea run brown trout became landlocked within the watershed. Lake Bandak is now 72 meters above sea level and 340 meters deep, making it one of Norways deepest lakes.

As part of the Tokke-Vinje watershed, Bandak is the uppermost point of Telemarkskanalen. The Dalen Hotel was established by English Lords, which made the journey to Tokkeåi specifically for the epic fishing found. During the mid 1800s to early 1900s the town of Dalen was one of the most remote inland communities in Norway, reachable only by the Telemark Canal (Telemarkskanalen).

Logically, as the main river running into a series of several large lakes, there should be quality fishing to be found here. When the Englishmen came they were not disappointed. Today, Tokkeåi is only a shadow of what it once was. However, the fishable section of river truly is an anglers dream! Perfect runs are separated by deep pools, pocket water, and boulder gardens, with water to fish all styles of fishing. Given the right conditions and enough patience you can still come into contact with some of the largest brown trout in the world.

In Bandak you can find trout, whitefish, char, perch, eel, lamprey, and stickleback. The largestrecorded trout caught on a rod and reel weighed in at 11,6 kg (2004).  The largest trout ever recorded here was caught in the Bandak Delta, and weighed 15,6 kg with a length of 100cm (2003). During the spawn in 2011 there were multiple fish filmed and documented weighing over 15 kg in Tokkeåi.

The average size of fish caught in Tokkeåi and Bandak weigh between 0.25 to 1.5 kg. The fish here are genetically unique from other brown trout, and are known for being extremely stocky. Studies undertaken in 2015-16 showed that resident river fish typically took 10+ years to reach a size of 1 kilo, at which point they migrated out of the river into Bandak and became predatory. Once in Bandak they grew large very quickly after switching to a diet primarily consisting of whitefish and arctic char. The trout in Bandak are likely able to reach such an old age due to the deep cold water which allows for their metabolisms to slow down. 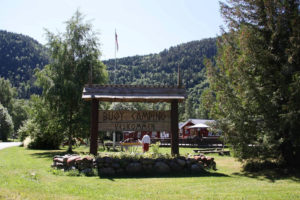 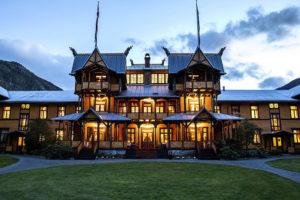 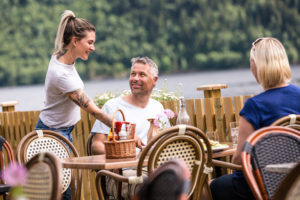